Skip to content
FacebookTwitterPinterestYoutube
Phone: 540-636-4257     Find out about our LOYALTY TUITION CREDIT SYSTEM 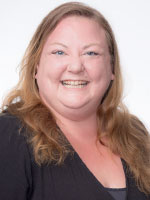 Ms. Genevieve Roesch is a Virginia native and has worked in early childhood for her entire professional career. The oldest of seven children, she was the dedicated neighborhood babysitter and extra set of hands for many households. After high school, Genevieve traveled to Switzerland to be an Au pair for five children under five years old.  Upon returning to the states, Genevieve received her associates degree in psychology while nannying in Front Royal.

Genevieve then became an assistant in a Montessori Nido Classroom where she observed and learned for two years. Following that she switched gears and spent two years as a classroom assistant in the Toddler community. She was then awarded a scholarship to attend the Center for Montessori Teacher Education in North Carolina in 2015, and received her AMS Infant/Toddler credential in 2016. Genevieve is currently enrolled at UVA to receive a degree in Early Childhood Education, and is dedicated to providing quality childcare as well as Montessori education. She is impressed at Mountain Laurel's commitment to following Montessori's Philosophy, and knows she will continue to grow as a guide alongside the young children she nurtures.

In her spare time, you can find Genevieve splashing or kayaking through the Shenandoah, singing around a campfire, or stretching her creativity with visual arts. If she isn't doing any of those, she's probably at the library or snoozing in a hammock.

Find out about our learning programs »